We have added the Position attribute when creating Sequence Tasks using the API.

This note describes this change in full, and as usual you can contact support or your Technical Account Manager for further clarification.

In order to make both actions consistent, we have added the ability to create tasks at a given position via the API now, as well as via the UI.

For example, imagine you are using a simple Sequence workflow template with three tasks:

After completing the Ingest task, your integration performing the Transcode task raises a warning. You may want to have a human operator perform a manual check of the transcoded media. Logically, this QC task should happen after Transcode and before Deliver, and this new API functionality allows you to create it in the correct position.

Before the QC task is created: 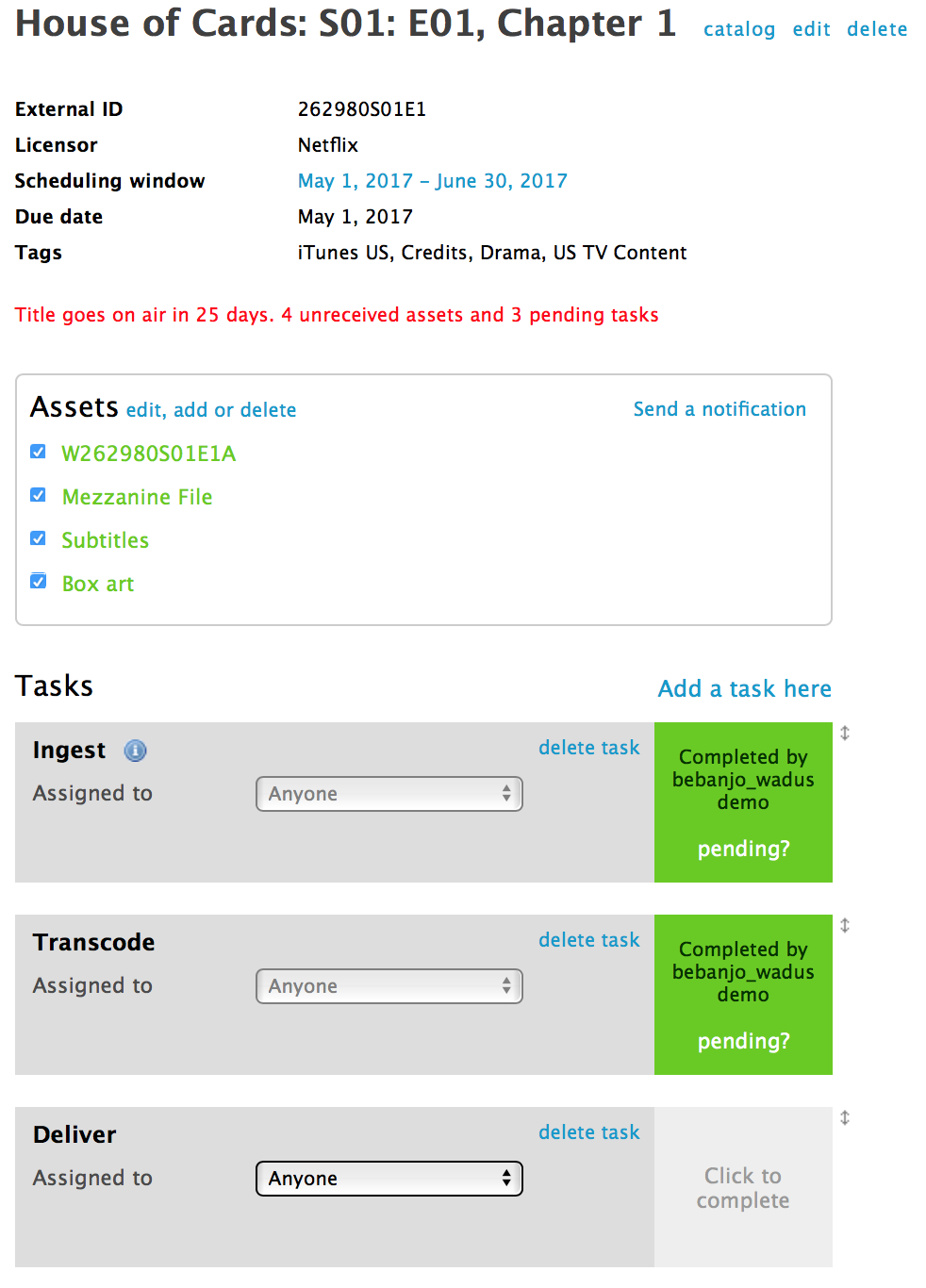 And after the new QC task has been created:

Please also refer to our API documentation on Creating a Task