In 2019 we introduced the concept of costed runs and re-runs to our catch-up module.

Linear contracts often stipulate how many runs for a title (we call them transmissions) are covered by cost of the contract (we call them costed runs) and how many additional free runs are also included (we call them reruns). For example:

Catch-up contracts are often closely coupled to these linear agreements. For example:

When we first introduced costed runs and re-runs to Movida we accepted that it was a simple model that would require further enhancement. After recent analysis with our customers (🤓) we realised that we could:

And that is what we have done!

So let’s take you through a basic workflow to demonstrate the enhancements:

You sign a catch-up agreement that says you can exhibit Altered Carbon S01 on catch-up for 7 days, after either:

In Movida you can now create a single catch-up right for that contract: 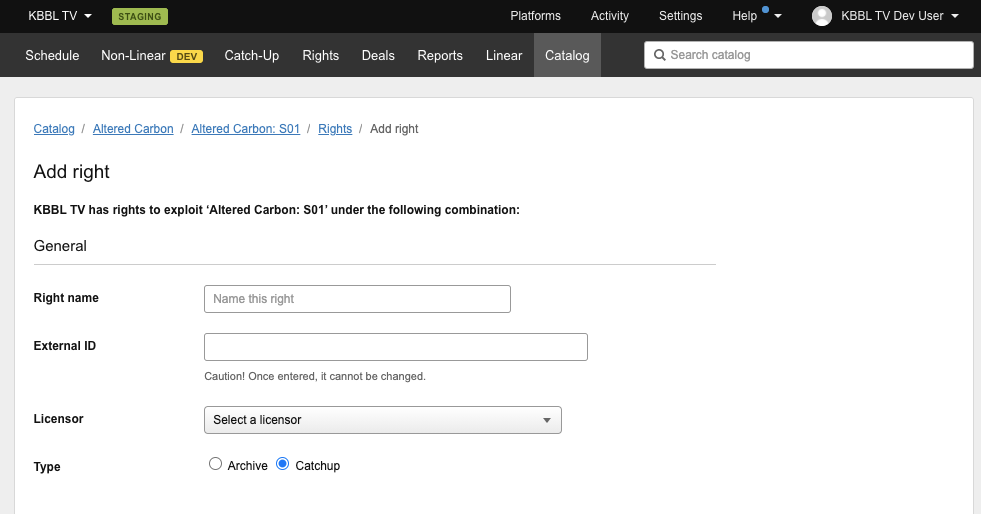 And configure the costed run and rerun values to directly match your contract:

This is now both more accurate, and quicker to manage because:

You can now set up a rule in the exact same way: 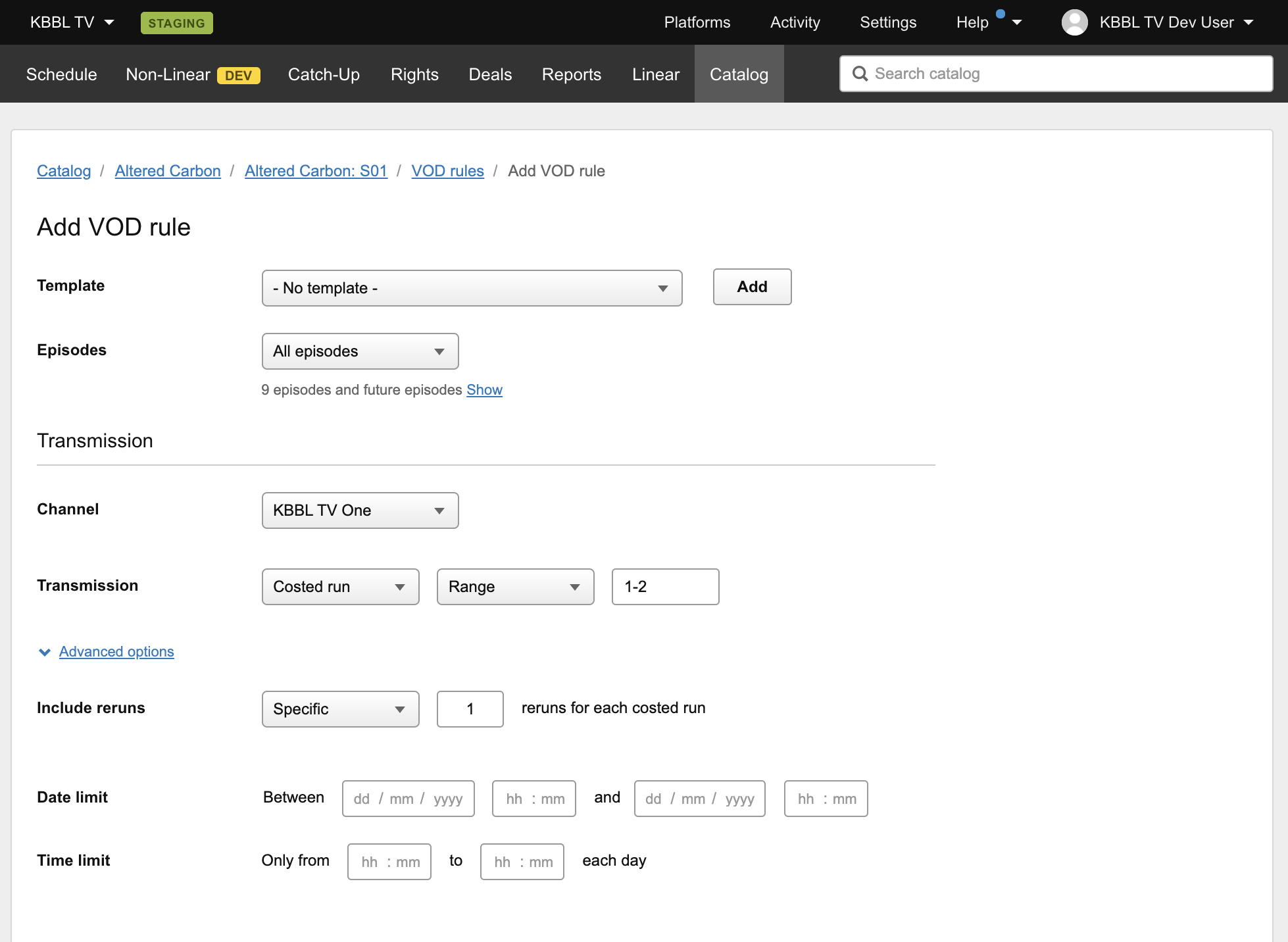 Depending on your workflow, it’s possible to keep your catch-up rights and catch-up automation completely aligned. There’s just one more step…

3. Send us your costed runs and re-runs (linear scheduling data)

All that’s left, is for your linear system to send us linear programmes containing run information: 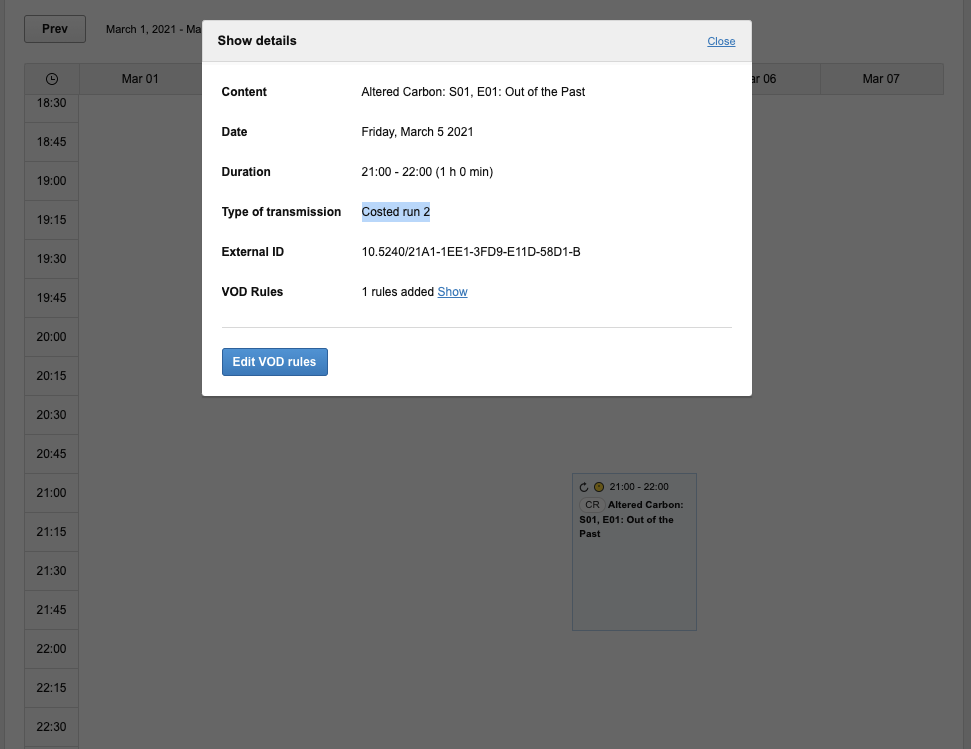 Et voila - scheduled and validated catch-up based on your runs: 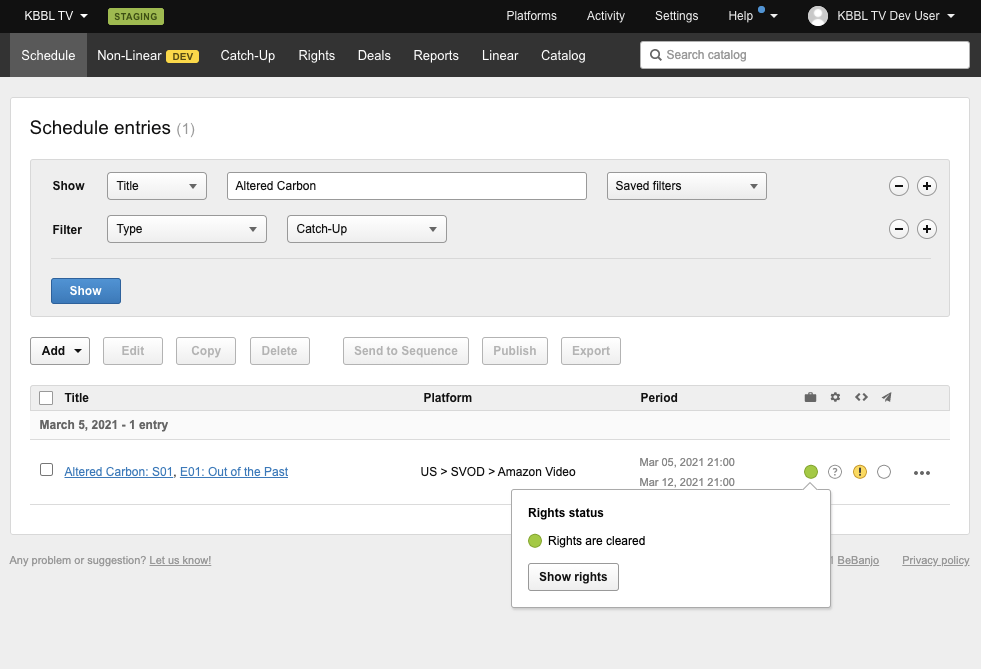 This is obviously a simplification, but it demonstrates how easy it is to manage different catch-up workflows in Movida.

Please get in-touch with your TAM if you want more information on how you can use this or, even if you have some valuable feedback on where we could take this in the future.