We’ve extended Deals to add support for Metadata, making it easier for you to record and track information relevant to your licensing deals. 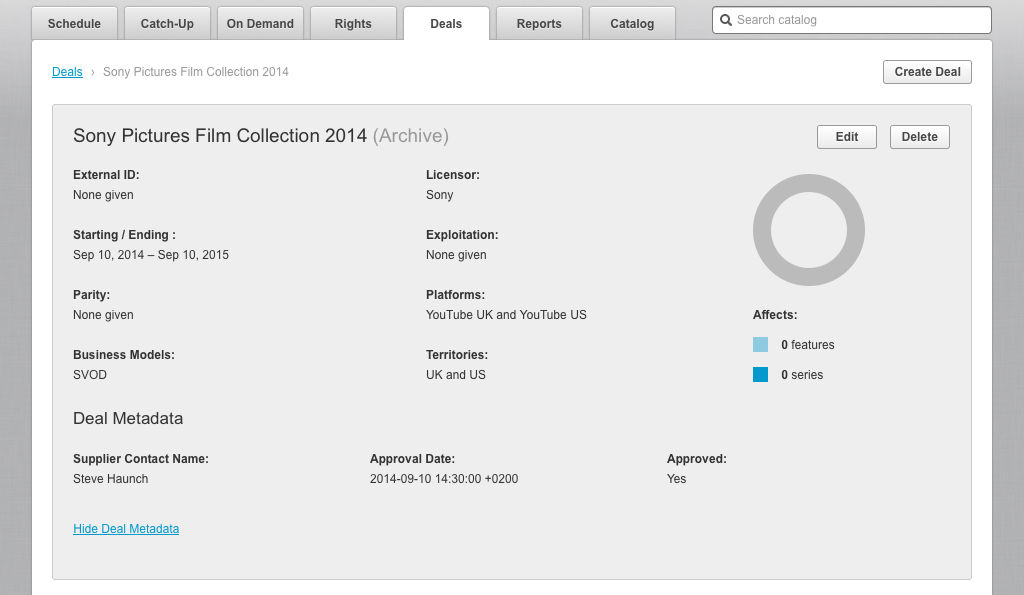 When you create a new Deal, or edit an existing Deal, its Metadata attributes will be shown in the Deal Metadata section where you can update them. Here’s an example:

The contents of metadata resource of a Deal can be created, updated, and deleted using the Movida Application Programming Interface (API) as described in its documentation.