We’ve improved the Series and Episodes functionality in Movida to make it even easier for you to create and edit a Series and its Episodes. 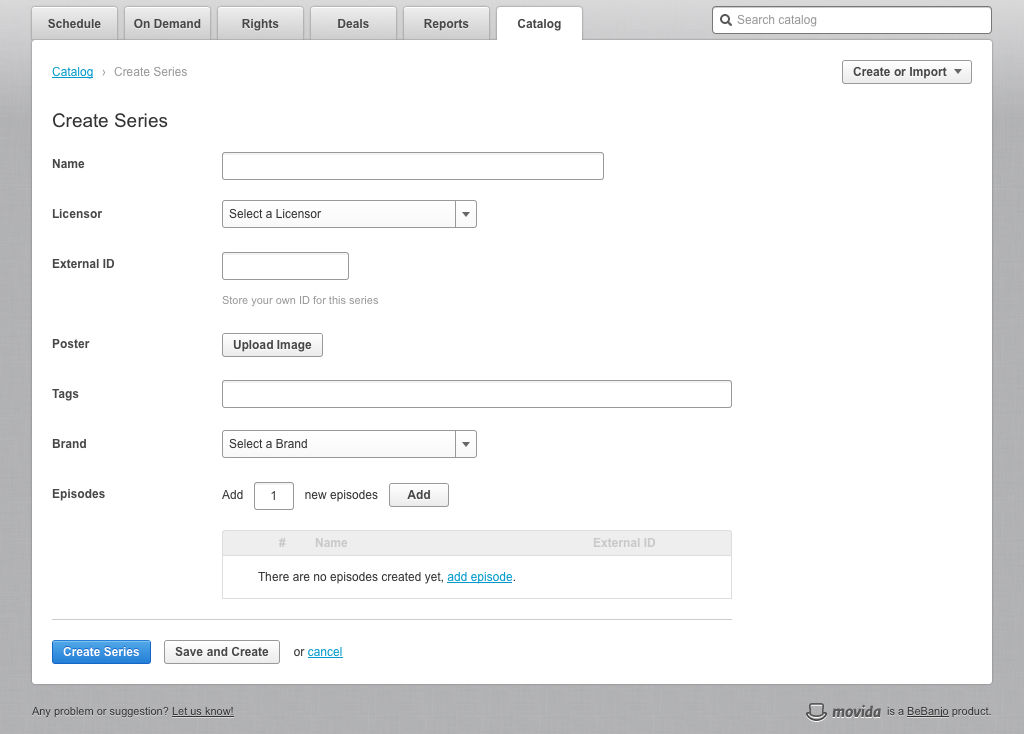 Notice that there’s a new table in the Episodes section and the “I also want to create” checkbox has been removed; here’s how that section used to look like:

If you choose to add Episodes when creating the Series you’ll see this page: 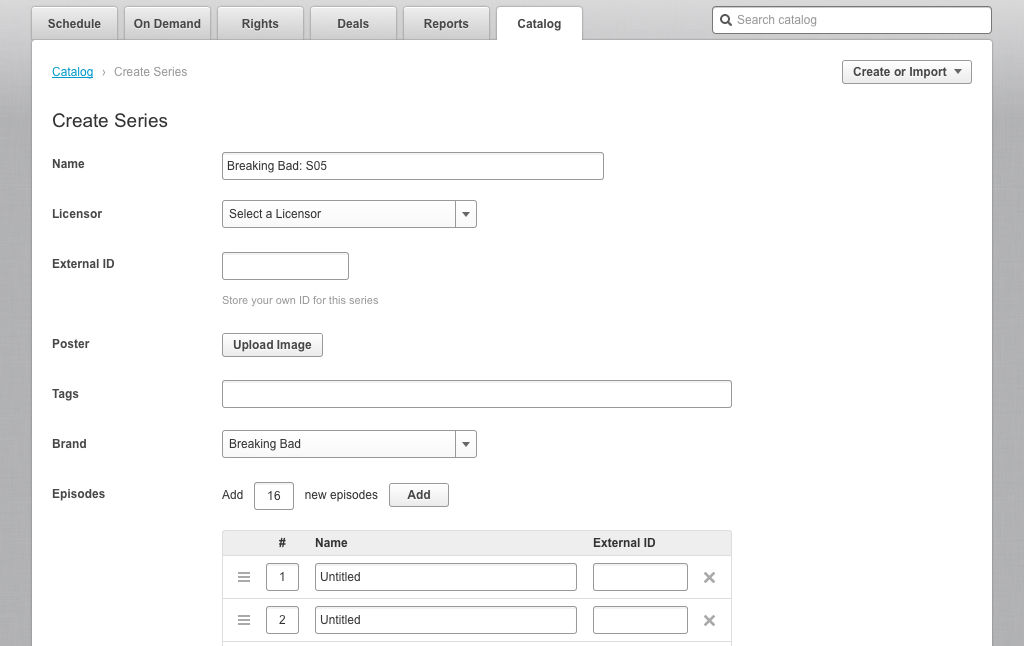 Notice that the table of Episodes lets you specify the External ID for each Episode, and there’s a “handle” against each Episode that lets you re-order the Episodes before you create the Series; you can also easily remove an Episode by clicking its cross icon.

The Episodes page has been improved so that you can sort the table of Episodes (e.g. by Name or External ID), and the Edit Metadata button is disabled unless you’ve selected an Episode. Here’s the new Episodes page: 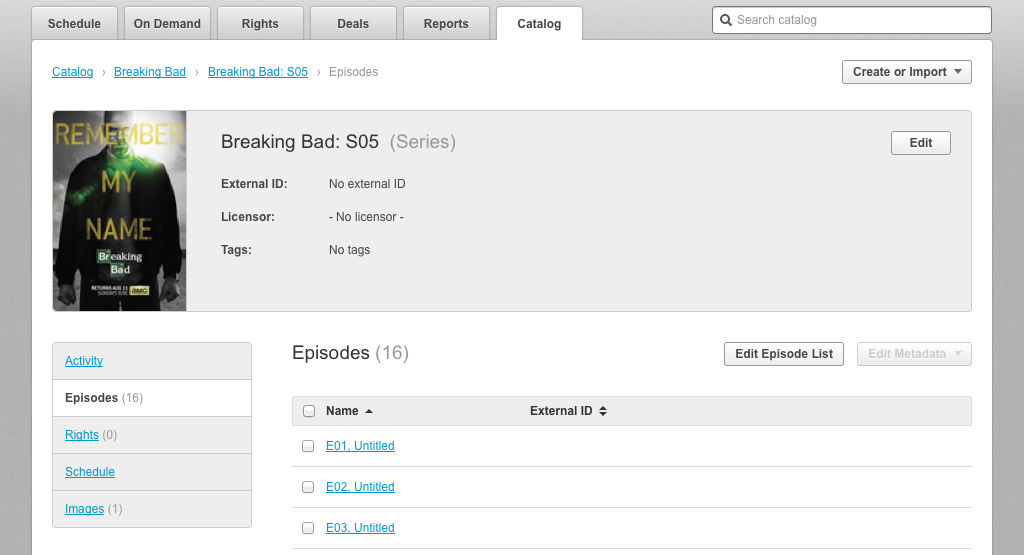 Please note that if a Series contains more than 40 Episodes then the list is paginated.

Notice that there’s a “handle” against each Episode that lets you re-order the Episodes; you can also easily remove an Episode by clicking its cross icon. New Episodes can be added to the Series by using the Add Episode button.

The table of Episodes also lets you specify the External ID for each Episode, and if you choose an External ID that has already been used then an error message is displayed.

If you remove Episodes and click the Update Episodes button then a warning is displayed to let you know that you’re about to delete Episodes from the Catalog (along with any Schedulings etc.).