BeBanjo’s clients often integrate Movida with a linear scheduling system and it’s common for those systems to support the concepts of costed runs and reruns.

We added support for those concepts to the catch-up module in Movida, giving you more options and flexibility in how you can exploit linear content on-demand.

Before describing the features, let’s define some terminology:

If your linear scheduling system supports the costed run and rerun concept, then it’s likely that you’d want to generate catch-up schedules based on that information for each linear transmission.

To let you do that, the Transmission element of a VOD rule and catch-up right now supports three options: Transmission, Costed run, and Rerun.

Here you can see the new options when editing a VOD rule: 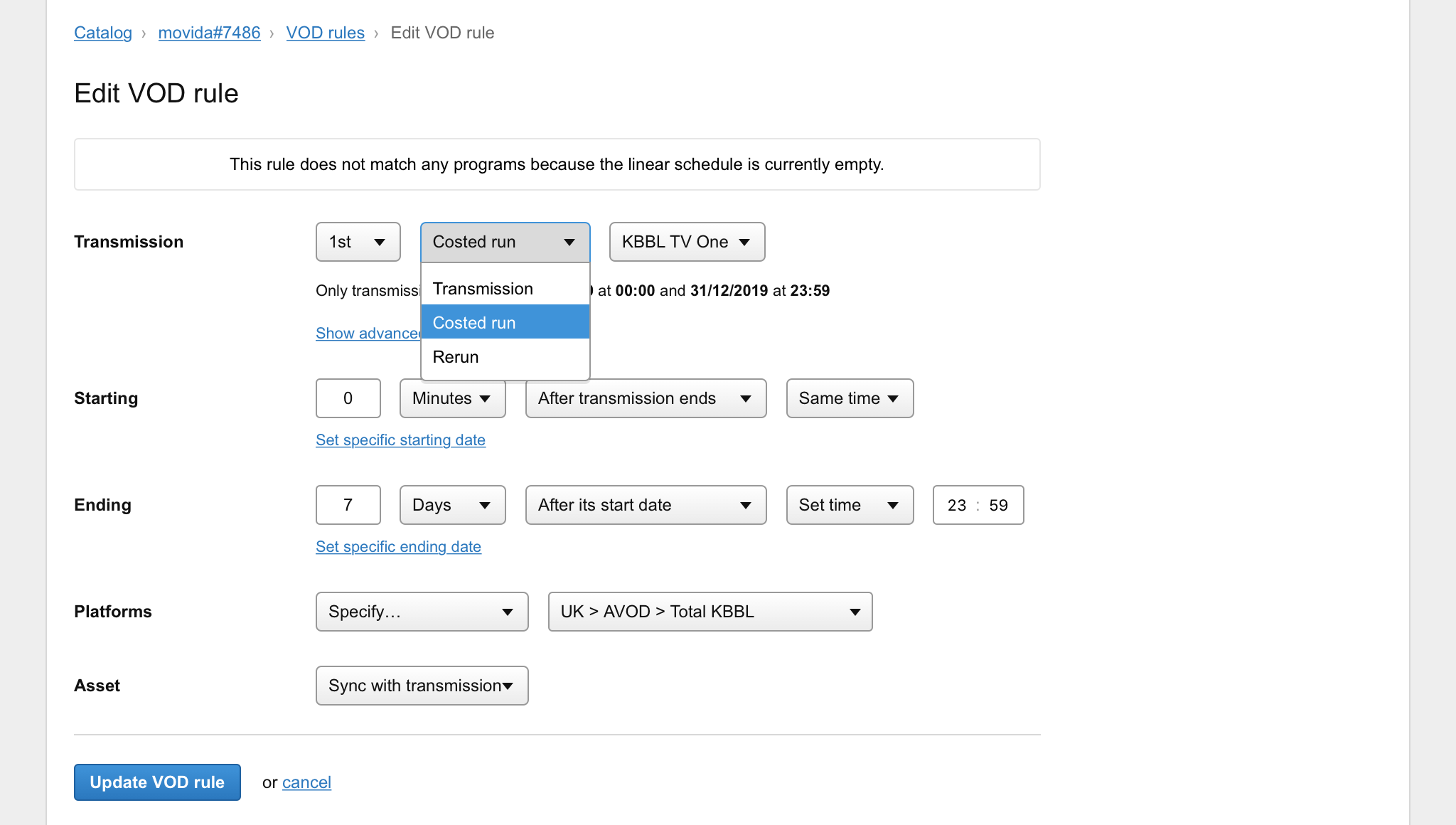 This catch-up right is using the costed run option:

and its corresponding VOD rule uses the same option:

These new options for VOD rules and catch-up rights are also available in the Movida API for system integrators.

It is very important to note that these new features depend entirely on the integration with the linear scheduling system creating linear schedule entries in Movida with the appropriate values for the //costed-run and rerun elements.

We use cookies (just for analytics) on this website. If you continue we will assume you are happy with it.